Protecting and managing the heaths

Today there are about 8500 hectares of heathland in Dorset

The majority of Dorset heaths are designated Sites of Special Scientific Interest (SSSI) and above, such as Special Protection Areas (SPAs) and Special Areas of Conservation (SACs). These nature conservation protection classifications are to protect these important places. SPAs and SACs are collectively known as Natura 2000 (N2000) sites which form a European wide network of nature conservation sites.

Protecting and managing these sites is a shared responsibility with landowners, managers, Natural England and site users.

Wardens patrol the heaths in conjunction with heathland managers. They attend local events as a point of contact with the public, and work with local communities and partners to promote responsible use of the heathland sites.

The work our wardens do is key to engaging and educating about the pressures our heathlands face, and they liaise with Dorset Police and Dorset and Wiltshire Fire and Rescue Service to mitigate incidents that occur on the heaths.

As heathlands were formed by the activities of man in the past it is necessary to actively manage them to maintain their wildlife value. The lowland heaths of southern England would quickly become woodland if no management occurred.

There are two main aims to heathland management, the first is to have a range of different aged heather and the second is to stop the colonisation of invasive plant species.

The main management plans involve grazing by animals and some mowing of the heather to create mosaic patches of different ages and height. Grazing also helps in the control of the invasive species.

Grazing promotes a wide range of plants, helps to reduce some unwanted plants and produces a variety of heathland micro habitats which encourage different heathland wildlife.
Mowing and cutting heather and gorse helps to maintain a range of vegetation heights suitable for different wildlife. Scrub which threatens to overtake the heather and gorse is also cut or mown. Scattered groups of trees provide shade and homes for wildlife but need to be managed to prevent them shading the heathland plants.

Management to reduce fire risk and help fight fires is important on heathland. Fire defendable lines may be cut at strategic locations, where vegetation is cut very low to help reduce the spread of fires. Other areas may have tall gorse and invasive rhododendron removed to reduce vegetation which will easily burn.

During the winter, controlled or ‘prescribed’ burns are carried out on the heathland. This helps reduce the amount of ‘fuel’ on the heath by removing older vegetation. It also promotes new growth, which in turn provides food and habitat variation. These prescribed burns only take place in the winter months during periods when reptiles and invertebrates will be hibernating, and birds are not nesting. The fires at this time of year are very different to accidental or deliberate fires which threaten wildlife and people.

Nearly a third of Dorset’s internationally important heathland is situated in the urban areas of south east Dorset, with nearly half a million people living nearby. These urban heaths experience particular problems.

The aim of the Urban Heaths Partnership is to promote positive behaviours on heathland and conserve wildlife for future generations. 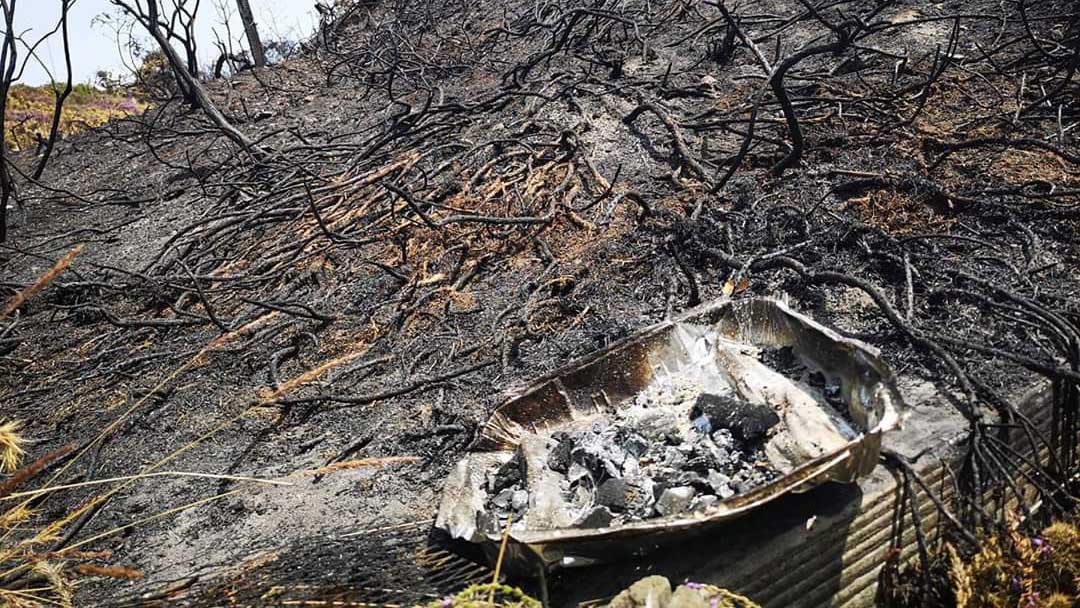 Deliberate and accidental fires can destroy whole colonies of wildlife and put people and homes at risk.

Even the soil on heaths can burn, meaning fires can sometimes spread undetected underground before reigniting. It can take up to 30 years for a heathland to fully recover from a fire.

BBQs and campfires are an increasing problem as few people realise they are not permitted on heathlands and can easily get out of control. Do not use disposable BBQ’s or have campfires on heaths and be careful with cigarette butts. If you see a fire on the heath, get to a safe location and call 999.

Cycling is a great form of exercise and is permitted on designated bridleways (usually marked by blue arrows) but not on most other paths, so check before you go by looking at a map and by following any signage on site.

Not sticking to these routes can cause erosion, damaging the fragile habitat and can be a danger to other site users who are not expecting cyclists on their chosen path. The digging of jumps or ramps is also illegal and causes long lasting damage to the wildlife. 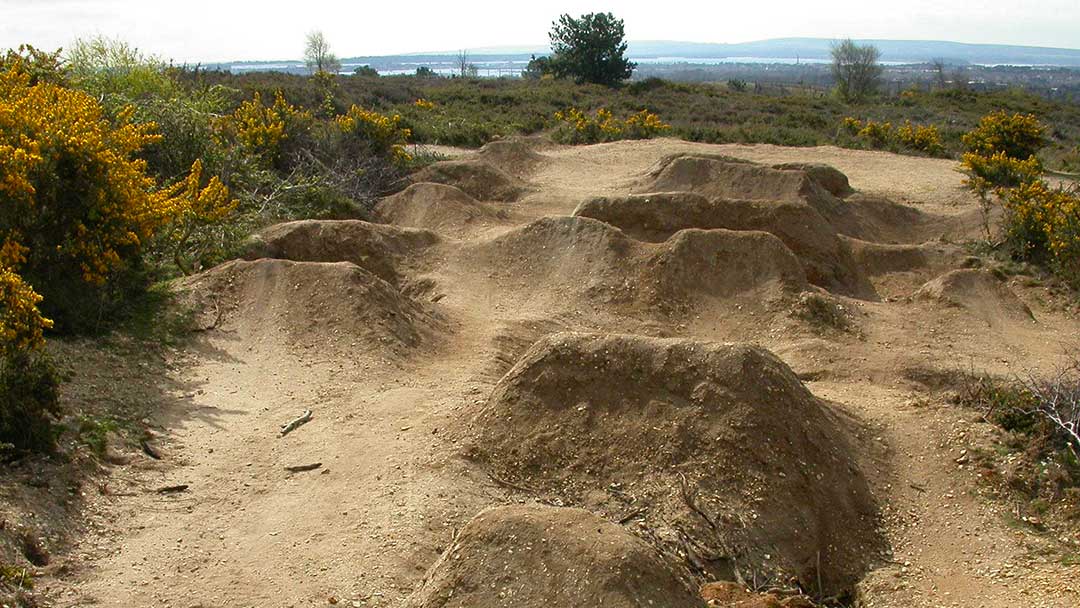 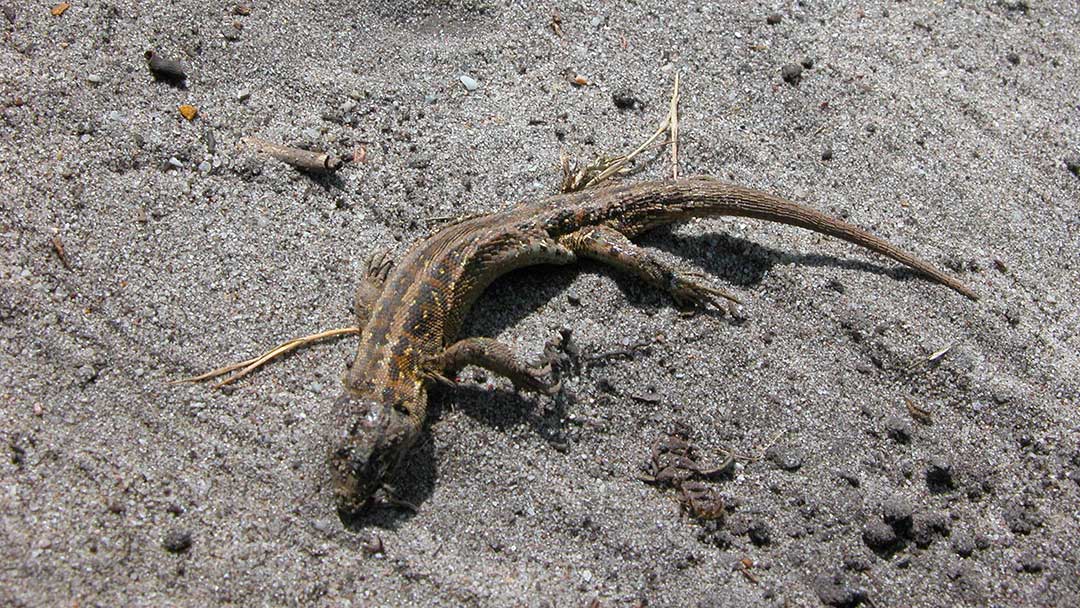 Motorised vehicles such as scramblers, mini motos and quadbikes are not permitted on the heaths.

Illegal riding of motorbikes and scramblers erodes fragile heathland soil and puts lives in danger on public open spaces. Any person caught riding a motorised bike on a heathland in Dorset will be issued with a section 59 of the Road Traffic Act and risks having their motorbike crushed.

Dorset Heaths are home to many bird species that nest on the ground.

Nightjars, woodlarks, tree pipits and lapwings among others, are all vulnerable to disturbance during the bird nesting season (February-August). A dog, walker or cyclist can easily scare them off their nest, leaving eggs or chicks exposed to predators. It may even cause them to abandon completely. Because they nest on the ground, they are extremely well camouflaged so you may not see them until it is too late!

Not many people realise how damaging dog mess can be for heathlands.

Our heaths grow on very poor soils and discarded dog poop acts as a fertiliser. Native heathland species are then muscled out by grasses and other common plants as they take advantage of the nutrients. This then has a knock-on impact on other wildlife as the area of heathland gradually reduces.

Fly tipping is the illegal dumping of waste and can be garden waste, rubble/building waste, household appliances or just general rubbish.

As well as being unsightly and difficult to remove, it can cause long lasting damage to the soil or even introduce other plant species that harm the existing balance of wildlife. All rubbish should be disposed of properly through kerbside schemes or at the local tip. Discarded litter can also be deadly for wildlife and animals can get trapped, injured, or even killed. 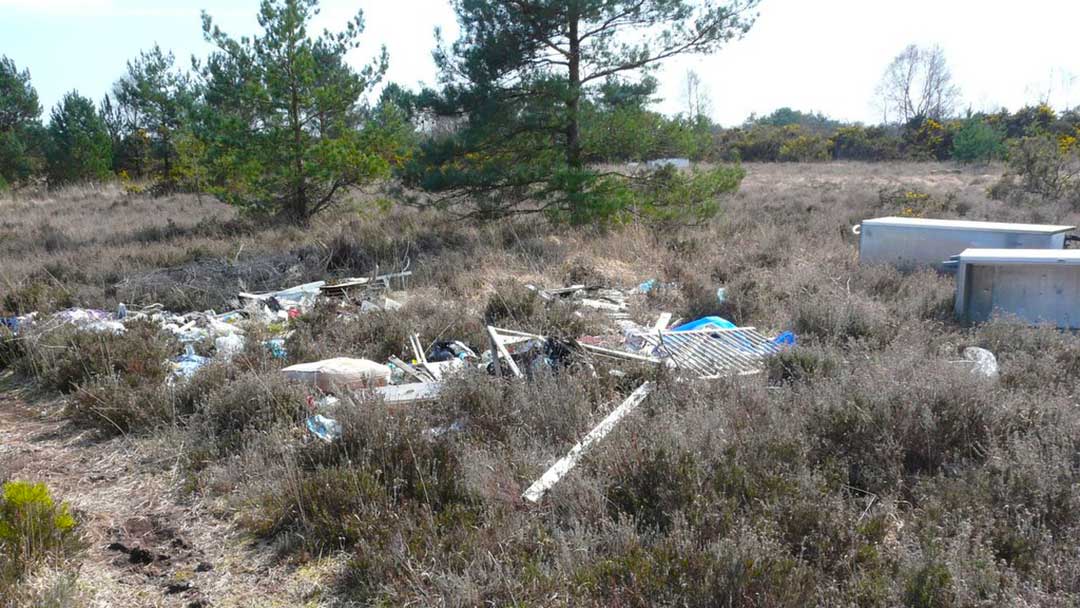 To help protect our heathland please keep an eye out for and report any incident, problems or anything suspicious, and in the event of an emergency such as a fire, call 999.

Never take risks or put yourself in danger.

View Dorset Police website
We use cookies on our website to give you the most relevant experience by remembering your preferences and repeat visits. By clicking “Accept All”, you consent to the use of ALL the cookies. However, you may visit "Cookie Settings" to provide a controlled consent.
Cookie SettingsAccept All
Manage consent

This website uses cookies to improve your experience while you navigate through the website. Out of these, the cookies that are categorized as necessary are stored on your browser as they are essential for the working of basic functionalities of the website. We also use third-party cookies that help us analyze and understand how you use this website. These cookies will be stored in your browser only with your consent. You also have the option to opt-out of these cookies. But opting out of some of these cookies may affect your browsing experience.
Necessary Always Enabled
Necessary cookies are absolutely essential for the website to function properly. These cookies ensure basic functionalities and security features of the website, anonymously.
Functional
Functional cookies help to perform certain functionalities like sharing the content of the website on social media platforms, collect feedbacks, and other third-party features.
Performance
Performance cookies are used to understand and analyze the key performance indexes of the website which helps in delivering a better user experience for the visitors.
Analytics
Analytical cookies are used to understand how visitors interact with the website. These cookies help provide information on metrics the number of visitors, bounce rate, traffic source, etc.
Advertisement
Advertisement cookies are used to provide visitors with relevant ads and marketing campaigns. These cookies track visitors across websites and collect information to provide customized ads.
Others
Other uncategorized cookies are those that are being analyzed and have not been classified into a category as yet.
SAVE & ACCEPT
Powered by